Please feel free to get in touch with us to discuss your needs or request us to call you back.

Former SMAF fight regular Stuart White has decided after a few years out of fighting on the open Sport Karate circuit to test his skills at the noble art of boxing, Stuart will be in action at the highly anticipated Neilsons promotion Final Showdown against Bobby Collard.

‘Big’ Phil Williams NP’s Heavyweight Champ faces Nick Tuckett in one of the most anticipated clashes of the year.

Tickets available from Swindon Martial arts Centre or from Stuart

Fab instruction in a friendly atmosphere for ALL abilities. Students include some of the best competitive fighters in the country who are always happy share their experience! The best sweaty fun you can have with your clothes on! 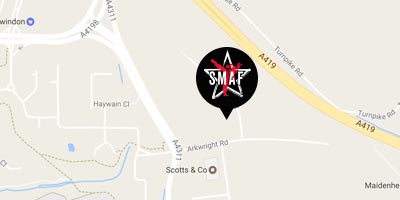 Are you ready to begin?

Start your journey to kickboxing master!